skip to main | skip to sidebar

Butterfly Sightings: Bob Gorman reported Great Purple Hairstreaks in South Orange County!
This butterfly is not often observed Orange County and is much more common in the desert
areas.
Orange Sulphurs were also reported and seen in South Orange County and up along the coast through Corona Del Mar. last year. This butterfly normally is mainly found at semitropical and tropical latitudes. It has been established in the Coachella Valley for over a decade. May have to thank global warming for its occurrence and push northward into Southern California.
Senna Sulphurs at one time were also uncommon sightings in the 1970’s - now they are common residents.
Posted by OCNABA No comments: 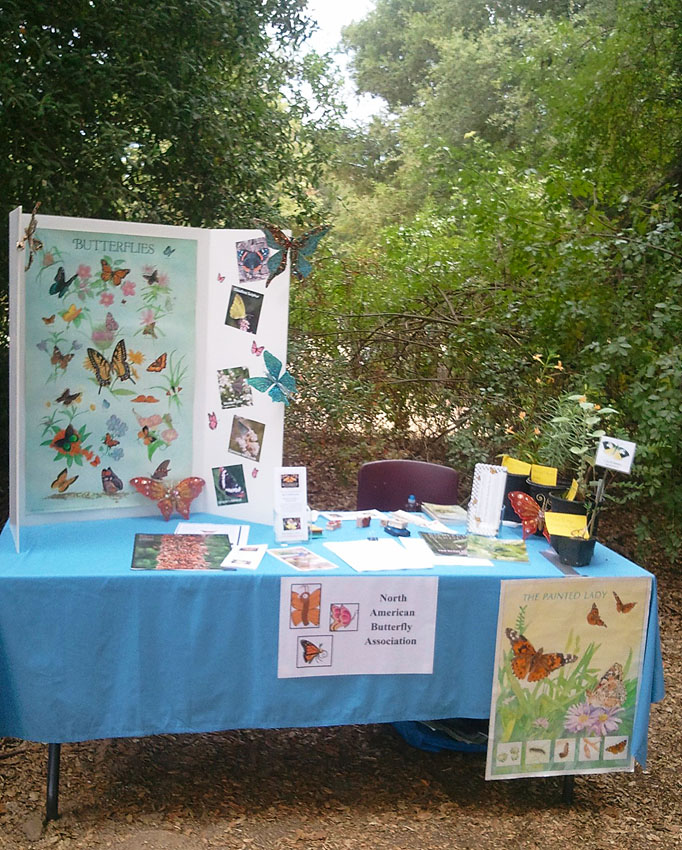 I want to share with everyone how our day was as exhibitors at the Thomas F. Riley Wilderness Park “Bugs and Butterflies” event on June 2, 2013.

We are just guessing, but we think we talked to at least 150 people – well it seemed like it was that many! Glad to see so many parents bring their children to an event of this nature. These kids are our future scientists so they are an important audience!

We were able to not only enlighten the visitors about our OC NABA chapter with our new flyers, (Thank you Matthew!), we also had flyers for the Environmental Nature Center and talked up their Butterfly House. I was surprised at how many locals did not know of its existence! A wonderful place to visit for tourist and locals alike!

We were able to share with everyone how inexpensive it is to join NABA – and I showed them samples of the two magazines they would receive each year as a member.  I'm sure NABA will be getting a few new members from Orange County very soon!!!

See you again next year at the annual Bugs and Butterflies Event!

Jutta Burger, Co-Director, Science and Stewardship, Irvine Ranch Conservancy, will be giving a presentation on May 22, 2013  to our Orange County Chapter NABA meeting with the information her group, the Citizens Science Butterfly Count, have gathered about our local butterflies and their numbers.

All who are interested are welcome to join us for this fascinating presentation. 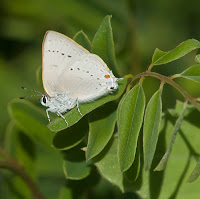 Jutta Burger, Ph.D. - Co-Director, Science & Stewardship will be our guest speaker for the May 22nd meeting. Jutta co-manages the science and stewardship team of IRC. She also leads the volunteer land stewardship program, which assists with restoration and invasive species control.  Jutta also coordinates the information gathered each month by the volunteers on the Citizen Science Butterfly Count.  We are excited to hear from her all the information her group has gathered about our local butterflies and their numbers.

This year we are also lucky to have a new location for our yearly meetings.You will find a map to the Sanctuary as well as driving instructions on our web page. We are going to be using the “Duck Club” building for our meetings. PLEASE JOIN US FOR SOME EXCITING BUTTERFLY ENCOUNTERS!
NOTE: All meetings are scheduled to take place at the Duck Club House at 7 pm

PLEASE use map attached for driving instructions due to road construction - DO NOT USE GPS!

IRWD Disclaimer to groups using San Joaquin Marsh & Wildlife Sanctuary:
"Irvine Ranch Water District neither supports nor endorses the cause nor activities of organizations which use the District's meeting rooms that are made available as a public service"

Join in and help members of the Orange County Chapter of NABA (North American Butterfly Association) conduct a butterfly count that will help to monitor butterfly populations in Orange County.  Butterfly enthusiast get a chance to socialize, go on a leisurely hike, while learning about our local Orange County native butterflies and flora. 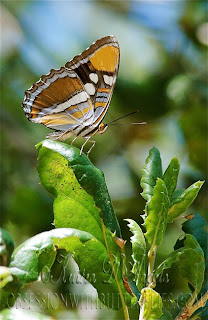 Meeting at the first parking lot on the right near the main entrance at 10:00 a.m. Be sure to let them know at the entrance gate that you are there to count butterflies with NABA for free parking. 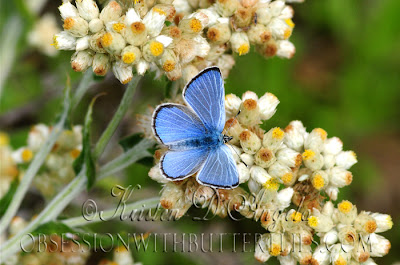 Orange County Butterfly Sightings and News:
Senna (Cloudless) Sulphurs and Cabbage Whites continued to fly into December and
even January as observed on warm sunny days in Lakewood, California, along with an occasional Monarch. Several Gulf
Frittilaries were also observed in this area especially around Passion Vine, its larva host and a butterfly which seems to fly
nearly year-around. Most of our swallowtail species had finished their final flights by early November. Three Echo (Spring
Azures) Blues and a Common Gray Hairstreak were observed hilltopping on Sugarloaf Peak at an Elevation of 3227’ off the
San Juan Trail in the Santa Ana Mountains on Jan 2, 2012 on a very warm day which is early for these species.
Posted by OCNABA No comments: 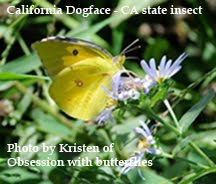